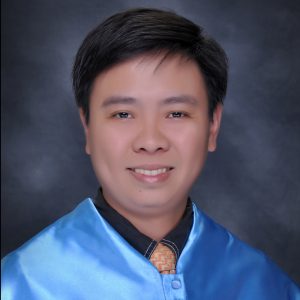 The National Academy of Science and Technology publicly announced the awardees through its official Facebook page on June 3, 2021, but the virtual awarding ceremonies will be held on July 15, 2021.

A limnologist who specializes in freshwater zooplankton ecology and systematics, Papa has received grants, awards and recognitions for his research from the US National Academy of Science and USAID, German Academic Exchange Service (DAAD), the International Society of Limnology, the Commission on Higher Education, the Department of Science and Technology, and several professional organizations.

Papa has published more than 60 articles in national and international peer-reviewed journals. He teaches Zoology and Ecology courses to graduate and undergraduate students and established the Zooplankton Ecology, Systematics and Limnology (ZESL) Research Group of the UST Research Center for the Natural and Applied Sciences. A Thomasian himself, Dean Papa earned his Bachelor of Science (2002), Master of Science (2005) and his Doctor of Philosophy (2011) in Biology degrees from the University of Santo Tomas.