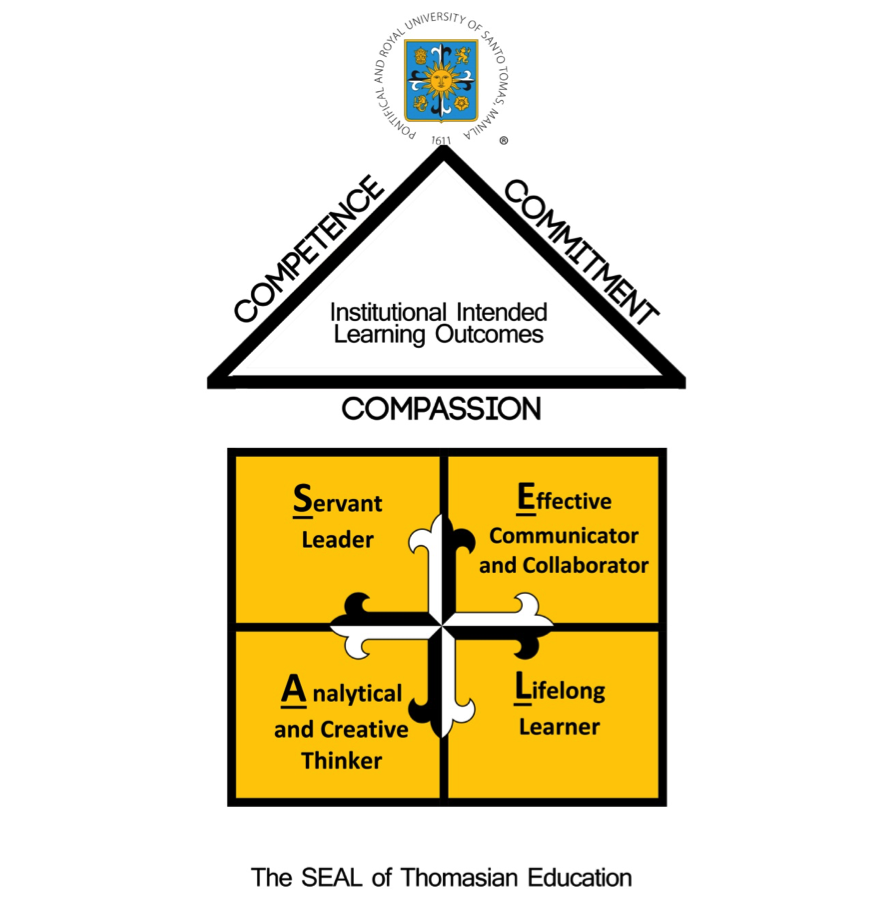 Enrollment Requirements for Doctor of Laws program of the Graduate School of Law:

PHL 821 - Philosophy of St. Thomas Aquinas
An expository course of the essential philosophical teachings of the Angelic Doctor organized around the 24 fundamental theses of Thomism against the background of St. Thomas Aquinas’ successful synthesis of Scholastic Philosophy, Biblical, and Catholic Tradition and Aristotelian Method.

LAW 801 - Estate Planning
This course is design to introduce the importance of estate planning as a tax-saving device. It includes the study of transfer taxes; the use of wills, trusts, gifts, and life insurance as tools of saving taxes; study of the problems of a business especially of closely held corporations; administrator of the estate; and some social problems such as second marriages and the children, incompetents, etc.

LAW 803 - International Business and Economic Laws
This course aims to deepen the knowledge and understanding of students of the business laws with an opportunity to study substantial laws like the Omnibus Investment Act, Export Processing Zone Authority, Anti-Piracy Laws and Practices and recent jurisprudence affecting International business and economy, including the issues of contemporary legal significance that are being determined by the World Trade Organizations including the trade treaties entered into by our country.

The tax aspects, including tax treaties, and incentives are given to investors in the Philippines especially those with businesses in the different economic zones will be covered.

LAW 804 - Criminal Justice
It is a critical and analytical study of the constitutional and statutory rights of the accused and those under investigation by the different agencies like the NBI, CIDG, the Ombudsman, the Prosecution Office, etc. Criminal Procedure; Evidence in Civil and Military Courts, circumstances affecting criminal liability and the five pillars of the Criminal Justice System and the role of each in decongesting the dockets of the court.

LAW 805 - Administrative Law Reform
This course deals with the principles and concepts of administrative machinery and proposed Codes of Crimes; detention and rehabilitation of prisoners, and suggested reforms.

LAW 806 - Constitutional Law Reform and Bill of Rights
This course deals on an exhaustive study of the powers of the Legislature, Executive and the Judicial branches of the government and the Independent Constitutional Commissions operating on the principles of separation of powers and of checks and balances and if reforms are to be introduced, students should write Congress about said amendments.

It also focuses on the rights guaranteed by the constitution classified into civil, political, economic, social, and cultural rights enumerated in Articles III and IV of the constitution and if amendments be proper, congress should likewise be informed.

LAW 809 - Air and Outer Space Law: Law and Political Aspects
A study of the Politics- legal nature of air and outer space as subjects of public and private international law, analysis of conventions and agreements in the use of air space and outer space, and their impact on Philippine Laws and jurisprudence.

This is an in-depth study of the philosophical, theological and historical foundations of the constitution dealing on human rights. It likewise deals on the analyses of the provisions, their development and enforcement with focus on contemporary judicial interpretation and a comparative study of its provisions with the International Bill of Rights. It also includes the study of the philosophy of the provisions of the Philippine Constitution on the Bill of Rights and a comparative analysis therein with other countries.

LAW 811 - International Relations with Asia
It is an in-depth study of the international relations of the Philippines with Asia considering the many problems confronting both countries especially the ownership of the seas, near the shorelines of both countries together with the abundant natural resources therein. It includes the conduct of diplomacy and foreign policy, and impact of international affairs on policy development, natural security, strategic programs and power balance.

LAW 813 - Criminal Law Reform
It is a critical study of some criminal laws which need amendments or changes. It also deals on the analytical study of the penalties and fines imposed for possible reforms.

LAW 814 - Remedial Law Reform
It is an analytical and critical study of some remedial laws that need some amendments or reforms in the light of some recent circulars and issuances of the Supreme Court like the amendments of the laws on Civil Procedure especially on the use of the Judicial Affidavit Rule and others consisted with due process for purposes of speedy administration of justice.

LAW 815 - Probation and Parole and Restorative Justice
It is a study of the concept and history of probation and the operation of probation systems in other countries of the world with focus upon the Philippines Probation Law rules and regulations and similar statutes. It likewise deals on the process of bringing back to the fold of civilization the convicts who are willing to go back to the folds of the law after undergoing the cudgels of imprisonment by providing them with a possible means to cope with life anew.

It likewise deals with money laundering offenses and penalties.

LAW 818 - Maritime Law: Issues, Challenges, and Implications
It is a body of law governing both domestic law relating to maritime activities, and private international law governing the relationships between private entities which operate vessels on the oceans. IT likewise deals with matters including marine commerce, marine navigation, shipping, sailors, and the transportation of passengers and goods by sea.

LAW 819 - Protection of the Ancestral Domains of Indigenous Communities
It is a study of the distinct sociological concept of private ownership based on native title espoused by the Indigenous Peoples Rights Act (R.A. 8371) as juxtaposed in the jural precepts of state ownership of lands under the Regalian doctrine, and the development and philosophy or rationale of the constitutional mandate recognizing and promoting the rights of indigenous cultural communities within the frameworks of national unity and development.

Any course which has a direct bearing on one’s dissertation.