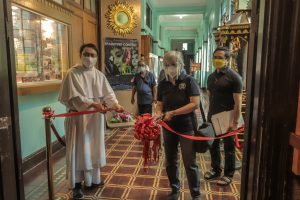 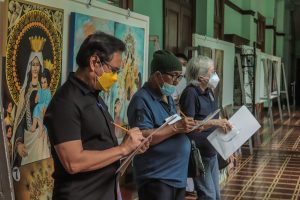 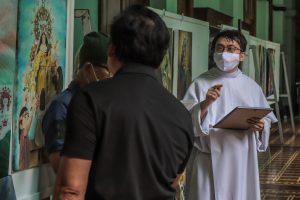 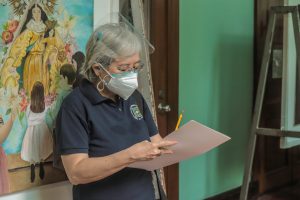 After the judges assessed all 32 of the entries, the painting of Mr. Jon Raynard C. Alvarez (Entry # 15) was named the first place, while Mr. Joshua D. Villena’s entry (Entry #10) placed second. Completing the top three is the entry of Mr. Joey Jerome T. Era (Entry #17). 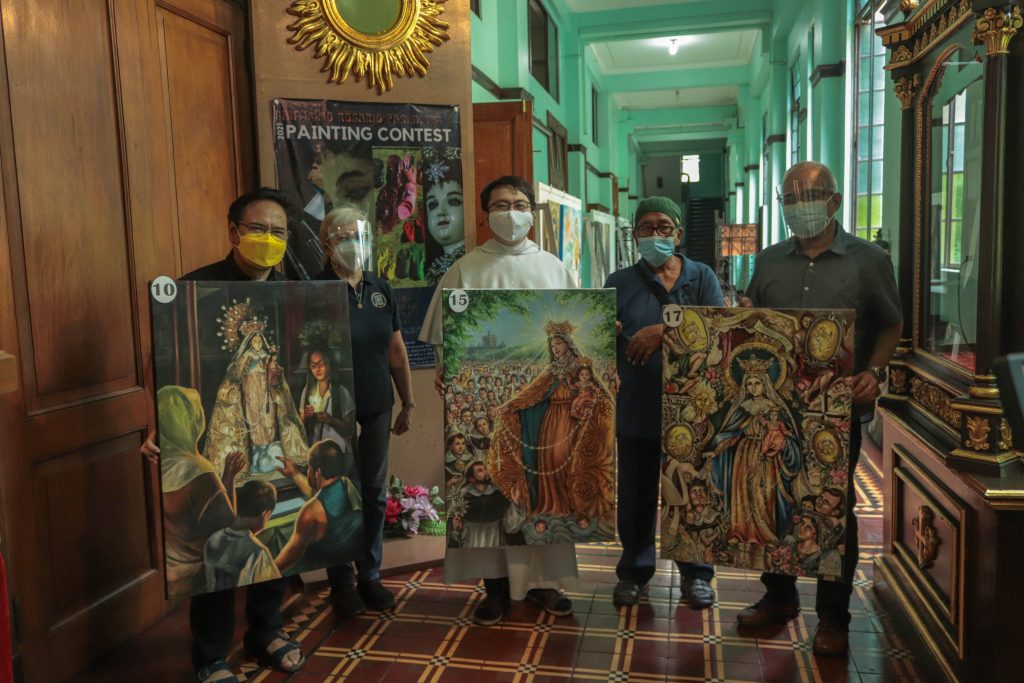 Talking about the 32 entries from artists living in different parts of the country, Rev. fr. Paul Reagan O. Talavera, O.P., Santísimo Rosario Parish Priest, said, “We thank (the artists) since this is for our Blessed Mother.” According to fr. Talavera, “(The contest) aims to promote the devotion especially to Our Lady of the Rosary, the image that we venerate here in the University of Santo Tomas especially in this time of pandemic; we ask for the help of our Blessed Mother.”

The paintings will be exhibited from September 25, 2021 to October 3, 2021. In anticipation of the Parish’s 80th anniversary in 2022, fr. Talavera also revealed that they will produce a coffeetable book. “Some of the art pieces will probably be featured in the souvenir coffeetable book.” Fr. Talavera said.

Completed on November 13, 1932, the chapel was among the earliest edifices in the campus, and has since served as a venue of the official and religious functions of the University. Upon the establishment of the Santísimo Rosario Parish in 1942, the chapel became the center of the liturgico-sacramental life of the parishioners.

On its high altar was enshrined the image of Our Lady of the Rosary, which was transferred from the old chapel of the University in Intramuros.

On September 28, 1942, the image of Our Lady of La Naval de Manila was transferred to the University of Santo Tomas and it was enshrined at the main altar of the UST Chapel. The image of Mary was spared from the destruction of the Old Santo Domingo Church in Intramuros; thus the first fiesta celebration of the Santisimo Rosario Parish, set on October 7, the universal feast of the Holy Rosary, was graced by the presence of the historical image of the Blessed Mother. This event went on for several more years until in 1954 when the image of the La Naval was solemnly transferred to the Santo Domingo Church in Quezon City.

The original parish image was then restored to its former place at the high altar, until the implementation of the liturgical reforms of the Second Vatican Council.