In a Testimonial and press conference, Filipino Olympian and the world’s Top 3 Pole Vaulter Ernest John “EJ” Obiena, a Bachelor of Science in Electronics Engineering student, was conferred the Pope John Paul II Award for his Outstanding Achievement in Sports on September 29, 2022 at the Buenaventura G. Paredes O.P., Building’s Grand Ballroom.

The award is conferred upon students who win in national or international competitions, demonstrating the commitment to pursue Thomasian excellence. “[The Pope John Paul II award] means a lot to me and I have been looking at it, it is beautiful. I never really thought that UST would recognize me and the things I have done. I have always been a part of the University even if I was away,” Obiena said. 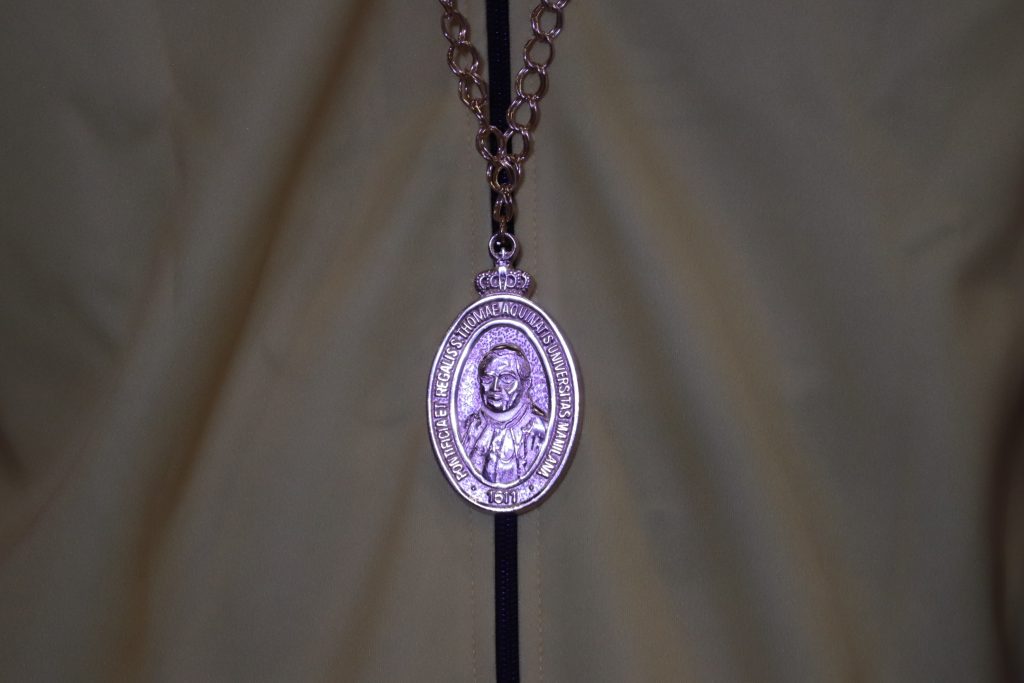 In his message, Vice-Rector the Rev. fr. Isaias D. Tiongco, O.P., JCD lauded Obiena’s medal rush, as well as his “self-discipline, confidence, determination, and rigorous training that are bearing much fruit”.

Moreover, while reminding the world-class athlete to prioritize his well-being above everything else, the Vice-Rector gave his blessings to Obiena in preparation for the 2024 Paris Olympics. “It is the hope not only of your fellow Thomasians but, more so, to our Filipino countrymen that you come back home victorious and make us all prouder not only as a Thomasian Olympian but more prestigiously, a Thomasian Olympic Champion,” fr. Tiongco said.

Obiena, whose rise to international prominence is due to consecutive victories in various competitions, recently bagged the gold medal for soaring past 5.91 meters in the Brussels Diamond League, held in Belgium on September 2, 2022.

He also represented the country in the Summer Olympics 2020 held in Tokyo. Obiena also snagged a bronze in the  World Athletics Championships, making him the sole Filipino to have snagged an award in the feat.