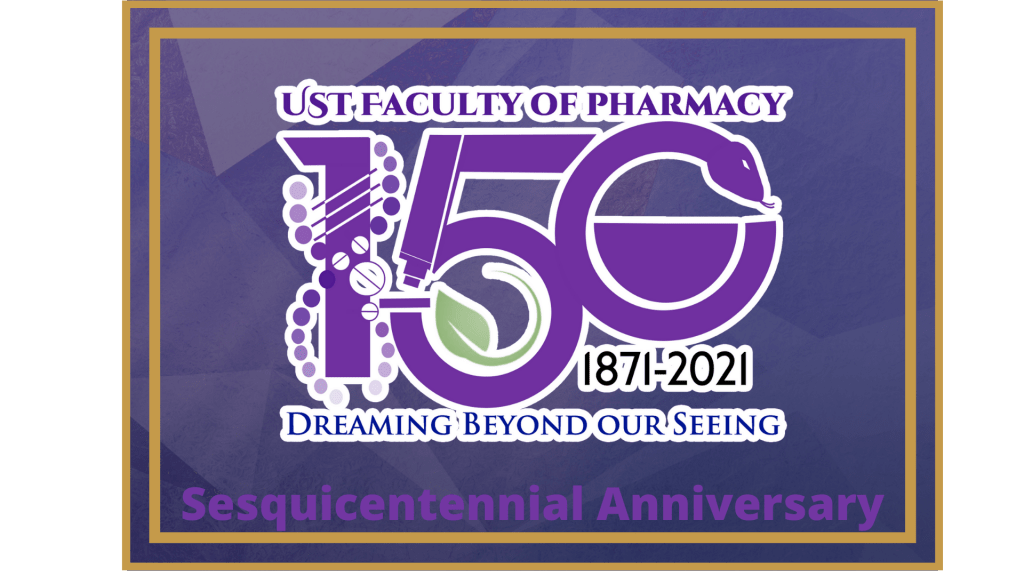 Home
A Day in History
ANNIVERSARY PROJECTS
ALUMNI
Contact us

A DAY IN HISTORY

The Rise of the Modern Herbolarios by: Asst. Prof. Crislee Torio, Ph.D.

Ancient Filipinos have sought the help of herbolarios for treatment of their ills. These herbolarios have knowledge of medicinal plants and how to prepare them. Mostly, treatments had been folkloric, handed down from generation to generation by mouth. Many of these plants are still being used to treat common ills until today. UST has been in the forefront of investigating many Philippine medicinal plants. Since the establishment of the 2nd Botanical Garden in 1948, the number of flora collection at the garden has increased as students would bring back plant seedlings to the university after their school breaks. These seedlings were planted and propagated in the garden. Other exotic and potent plants like ephedra, cannabis, datura and coca plants were also planted and propagated in the garden during Fr. Lorenzo Rodriquez’s term. This warranted the establishment of the Botanical Institute of the University of Santo Tomas. Founded on December 9, 1961, the Botanical Institute was to spur interest in faculty members and students to study Philippine medicinal plants. Some of the specific studies conducted by the institute were the reclassification of plants in the garden and the creation of a new plant directory which in 1971, recorded some 800 plant species from the Botanical Garden. The institute has indeed sparked interest in students and faculty alike to study Philippine medicinal plants. Since then, countless research undertakings have focused on Philippine medicinal plants. With the expert guidance of the FOP, modern herbolarios have risen from amongst the students and faculty as they delve into the development of natural products. Kudos Thomasinong Herbolarios! 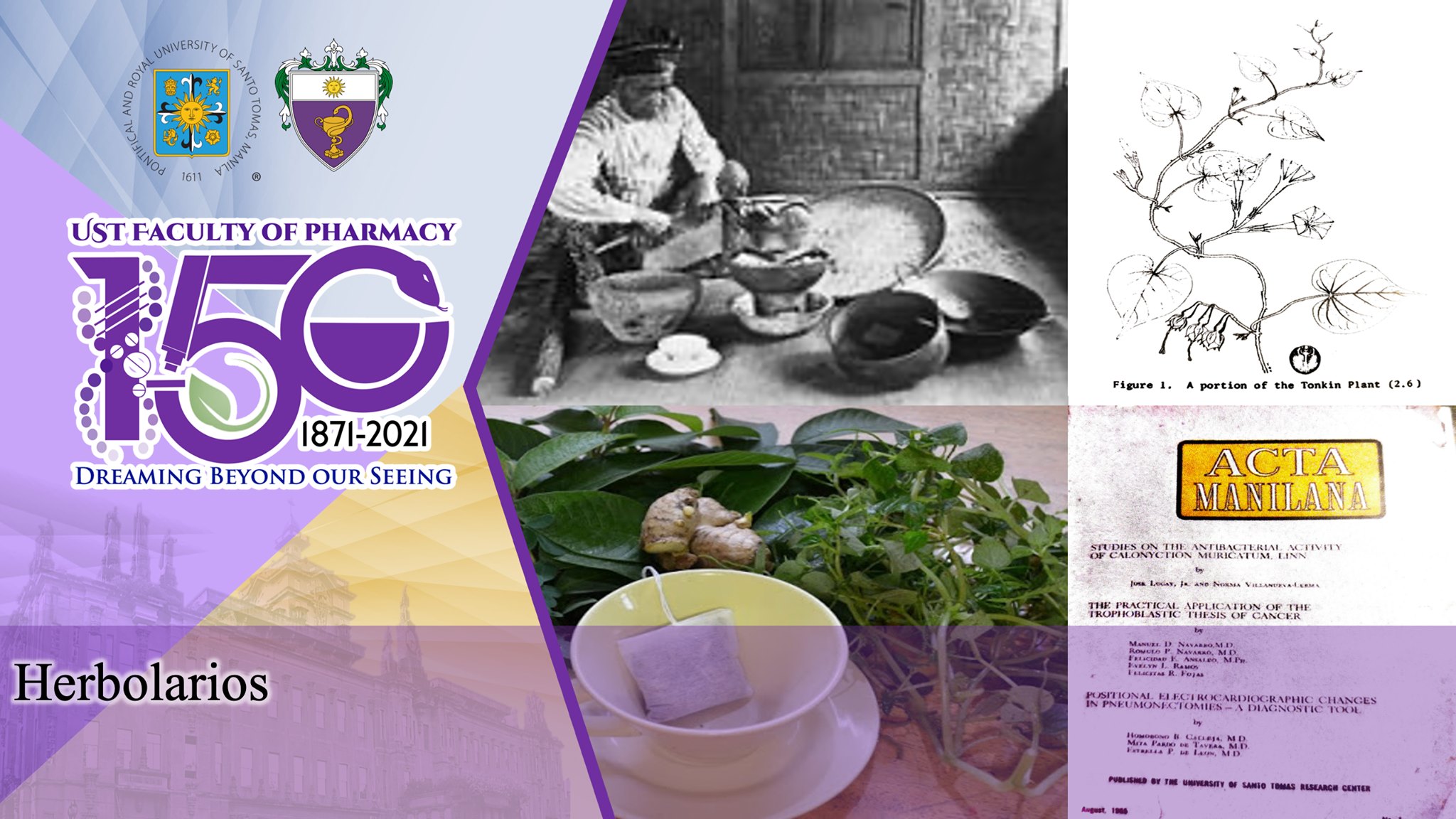 Did you know that December 7 is a very important day in the Faculty of Pharmacy for the last 72 years? It was on this day in 1948 that:

The second Botanical Garden of the University was inaugurated with the Director of the National Museum, Dr. Eduardo Quisumbing as the guest speaker. This Botanical Garden was prepared after the first garden was destroyed during the WWII. Fr. Lorenzo Rodriguez, OP envisioned the second Botanical Garden to be a scientific garden not only for pharmacy student but for all who are interested in plants. He wanted the university to be known as a, “university within a beautiful scientific and functional botanical garden.” Indeed, Fr. Rodriguez took pleasure in using the botanical garden as hands-on laboratory where he sometimes delivered his lectures. In 1971, an estimated 800 species of flora were recorded in a plant directory which was prepared by the Botanical Institute of the University which Fr. Rodriguez himself has organized. This garden was dedicated to the memory of the great botanists and pharmacists’ alumni of the University. Since its inauguration, several activities for its continuous improvement were initiated. First was in 2001 where a butterfly garden was built, and the botanical garden redesigned to showcase the lowland Philippine flora. Since then, the garden has become a special place for the Thomasian community to enjoy. Through the eyes of the FOP, the garden is not merely a serene place to relax but also a crucible of botanical learnings. Thus, it is a must for it to be preserved. On October 12, 2015, Dean Aleth Theresse Dacanay officially requested the UST administration for the FOP to be granted the privilege of fully supervising the garden – a big leap of faith and a huge responsibility to carry. Recognizing the tireless effort of the FOP to uphold the grandeur of the garden, Rev. Fr. Herminio Dagohoy, O.P. granted this privilege to the Faculty of Pharmacy with the Dean spearheading the committee for the reinvention and re-establishment of the garden as a beautiful scientific and functional botanical garden previously envisioned by Fr. Rodriguez. The Botanical Garden is currently being revitalized in celebration of the 150th Anniversary of the Faculty of Pharmacy in 2021. This is through the efforts of the Faculty of Pharmacy, again spearheaded by Dean Dacanay. As a distinguished botanical garden in the Philippines, the Botanical Garden became a member of the Botanic Gardens Conservation International which is the largest network of botanic gardens and plant conservation experts in the world.

Photo Credits:
• Aparicio A (2010). A Century of Pharmacy Dynamics, Ethics and Significs: Filipino-Spanish Contributions to the History of Pharmacy, Miguel de Benavides Library, University of Santo Tomas, Manila, Philippines
• Reminiscence, Luminescence, Beneficence: A Celebration of 140 Years of the UST Faculty of Pharmacy

Patron of the UST Faculty of Pharmacy

Did you know that December 7 is a very important day to the Faculty of Pharmacy for the last 72 years? It was on this day in 1948 that:

The Immaculate Conception was installed as the patroness of the Faculty of Pharmacy. This was done after Dean Fr. Lorenzo Rodriguez, OP found that the Faculty did not have a Patron saint. After much consideration, the Immaculate Conception was chosen as the Faculty’s Patroness. The Immaculate Conception is the Patroness of the University of Larida (now the University of Barcelona in Spain) since the 14th century. The statue of the Faculty’s Patroness was installed at the Dean’s Office on February 26, 1949 after being blessed. The Immaculate Conception is a Catholic Dogma that traces itself back to December 8, 1854 when Pius IX pronounced that the Blessed Virgin Mary, “in the first instance of her conception, by a singular privilege and grace granted by God, in view of the merits of Jesus Christ, the Savior of the human race, was preserved exempt from all stain of original sin.” Most people think that the immaculate conception refers to Jesus’ conception by the Virgin Mary. But this actually refer to the divine way in which the Virgin Mary herself was conceived. The Dogma was immortalized in a statue of the Virgin Mary showing her standing, with arms outspread or hands clasped in prayer. Thus, we celebrate her feast day on December 8, 2020. 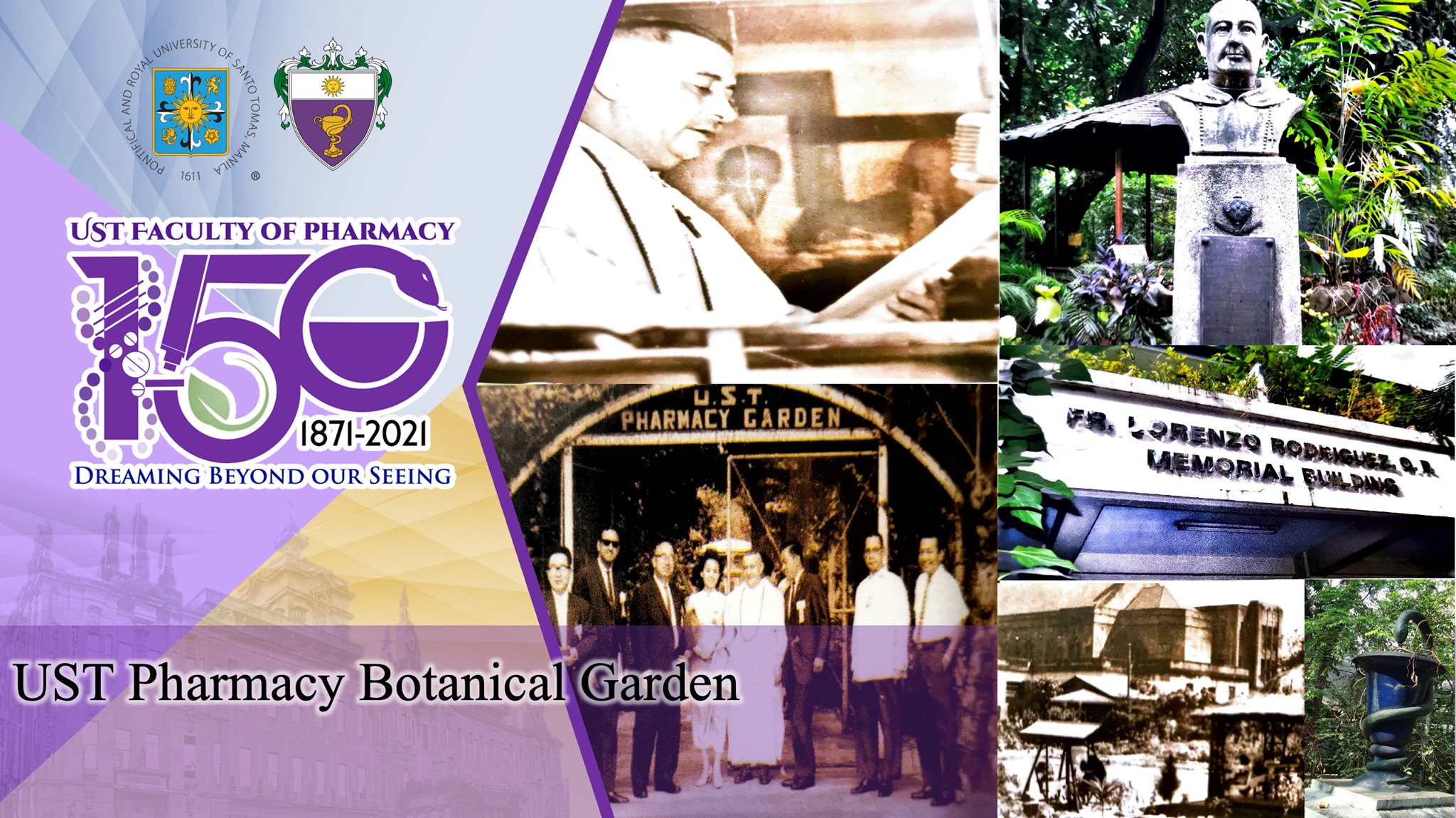 The hashtag “NoWayButUp” has been in both ways a battle cry and a mission of the UST Faculty of Pharmacy as epitomized by its “Noteworthy Points of Pride”. The phrase NoWayButUp has been said so many times, usually initiated by leaders who rally their followers to strive to excel in the midst of mounting challenges and be triumphant over all adversities. This phrase has been inculcated in the hearts and minds of the students, staff, faculty, and administration of the FOP bringing the faculty to new heights in both individual and collective achievements. As a mission, the phrase has become a unified mindset towards excellence. To dream beyond our seeing has been one of the silent goals within and among the faculty. The phrase’s impact is evident in many achievements that are acknowledged not just locally but also internationally. 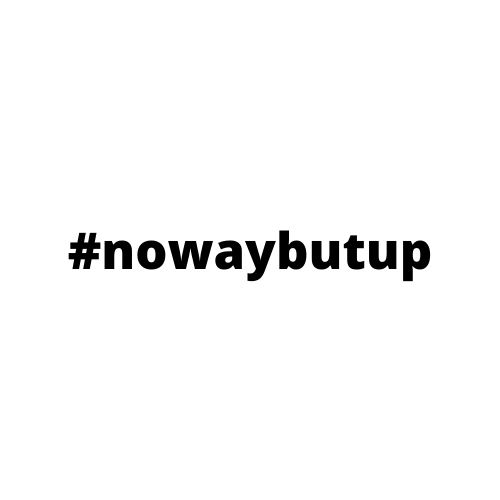